When David J. Frank joined the Lake Geneva Chamber of Commerce at the beginning of 2021, Southeast Client Service Representative Jim Bost figured there would be opportunities to help out at community events.

But he never imagined work like this. The Chamber needed “snow stompers” to build the large 8’ by 10’ snow blocks for the National Snow Sculpting Championship that takes place during Lake Geneva’s Winterfest. It’s an epic three-day competition where 15 state-champion teams transform the snow blocks into remarkable, larger-than-life snow sculptures. 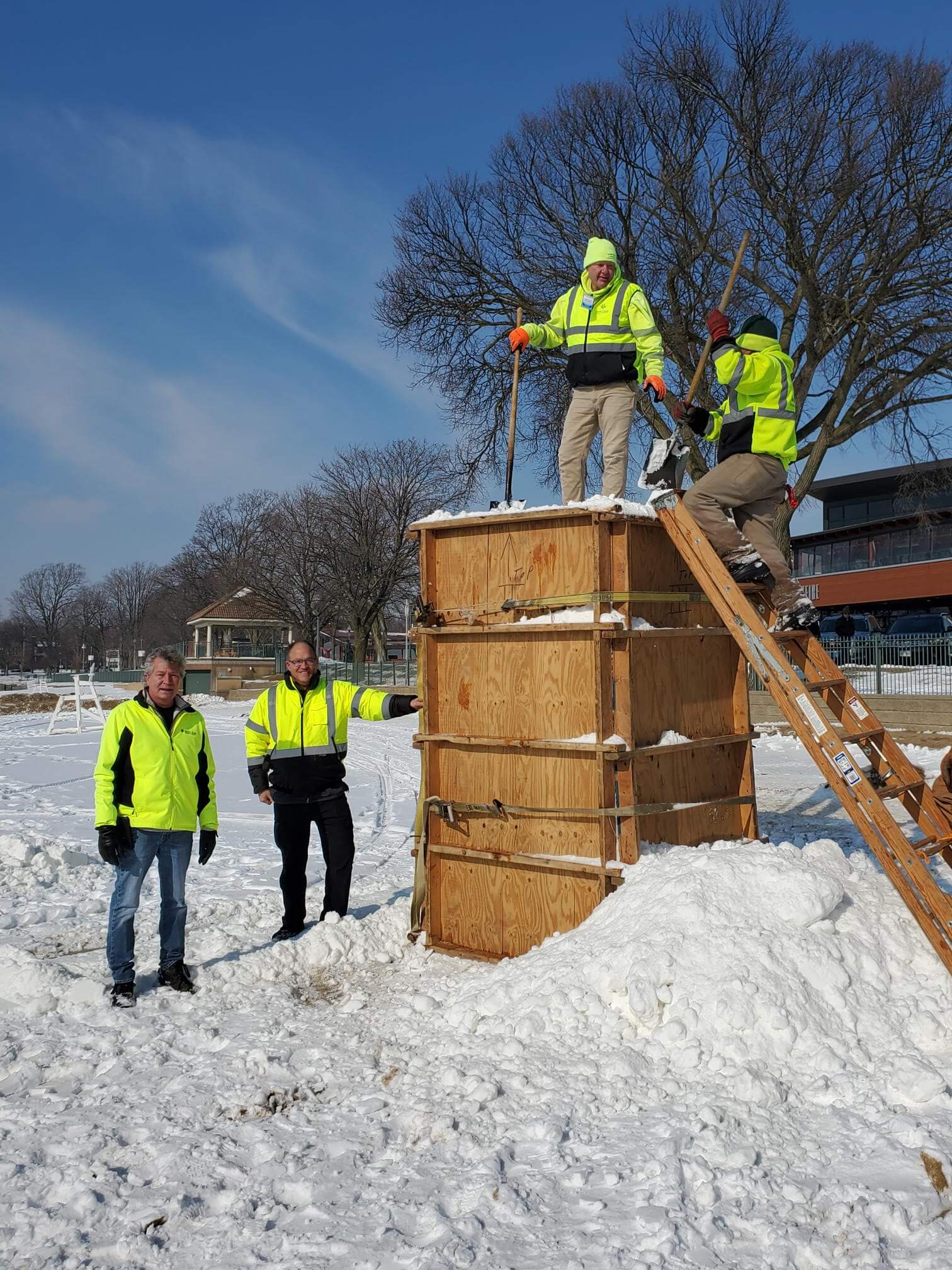 Stomping sounds fun but it is strenuous work. The stompers had to climb in and out of the 10-foot snow form to stomp the snow down as it was added. Originally the Chamber was looking for people to work two- to three-hour shifts, but with the shortage of help these Team Members stomped the entire workday on Monday and half of Tuesday! 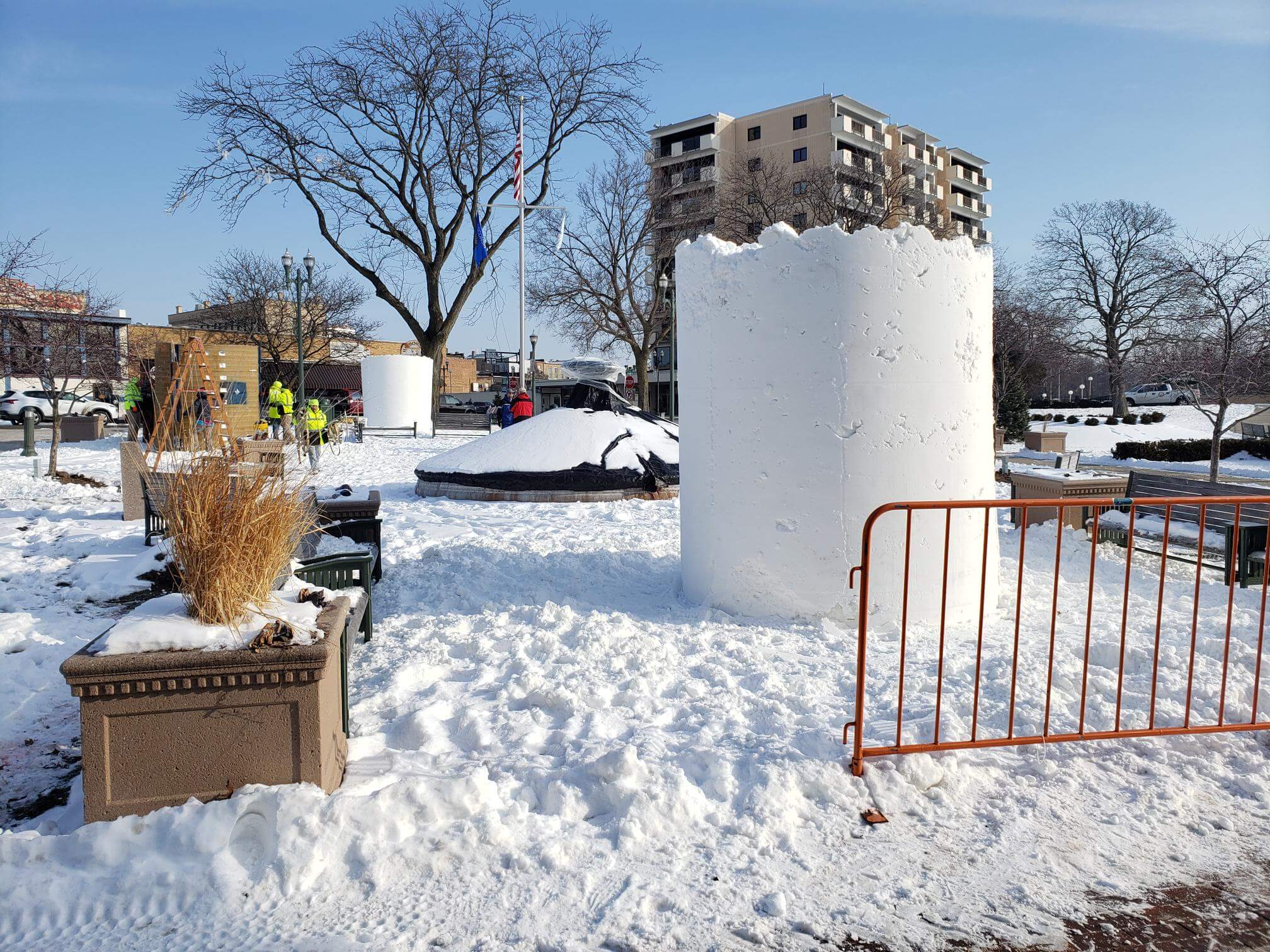