The owner wanted an outdoor space that would encompass multiple use areas. The list included a grilling station, dining area, fire pit, spa and casual area with shade. All had to tie into the style of the house.

Inspiration for the design came from the contemporary architecture of the home and style of the client, an interior design professional who wanted to create an outdoor area like no other. She actually remarked that she wanted a pergola that “she had never seen on Houzz or Pinterest”. We took that as a throw-down.

While the grill station turned out great, my favorite element of this project is definitely the pergola. Besides having the beams and joists inverted from the standard construction method, the steel posts were fabricated to cantilever over the patio creating an open, post-free area. Additionally, the cedar joists were notched and hung on an angle so as to create the greatest amount of shade during the sunniest part of the day. Dimmable LED light fixtures were recessed into the steel superstructure for functional illumination, ambiance and aesthetics. Overhead fans were also incorporated to help move air on still days and buffer mosquitoes.

Designing over and around existing utilities and keeping them invisible in the finished product. While the back yard looks wide open, there was actually a fairly tight footprint for the work.

Truly a team effort, from Mark fabricating the steel to BJ doing the carpentry to Rob pulling everything together. During each visit, the clients would come out to discuss and rave about how things were looking. The client’s finishing touches … the containers and annuals, the furniture, the accessories … turned great looking into spectacular. 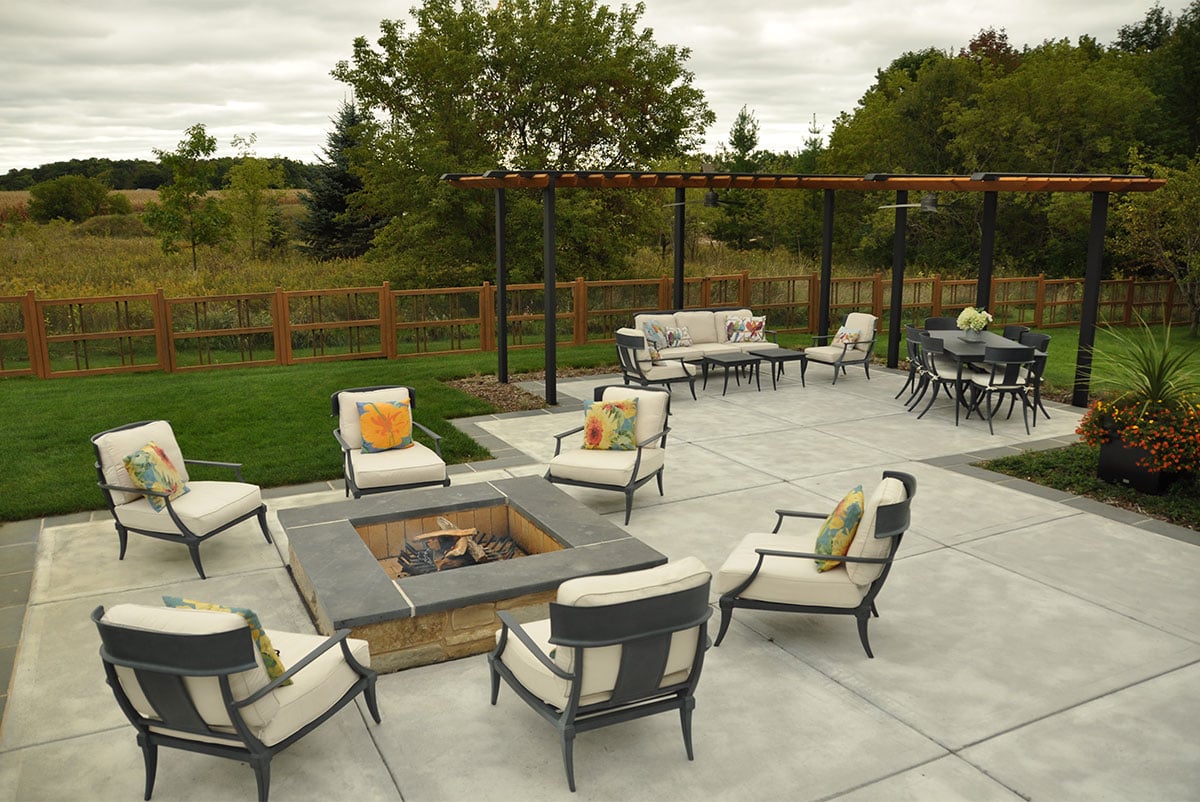 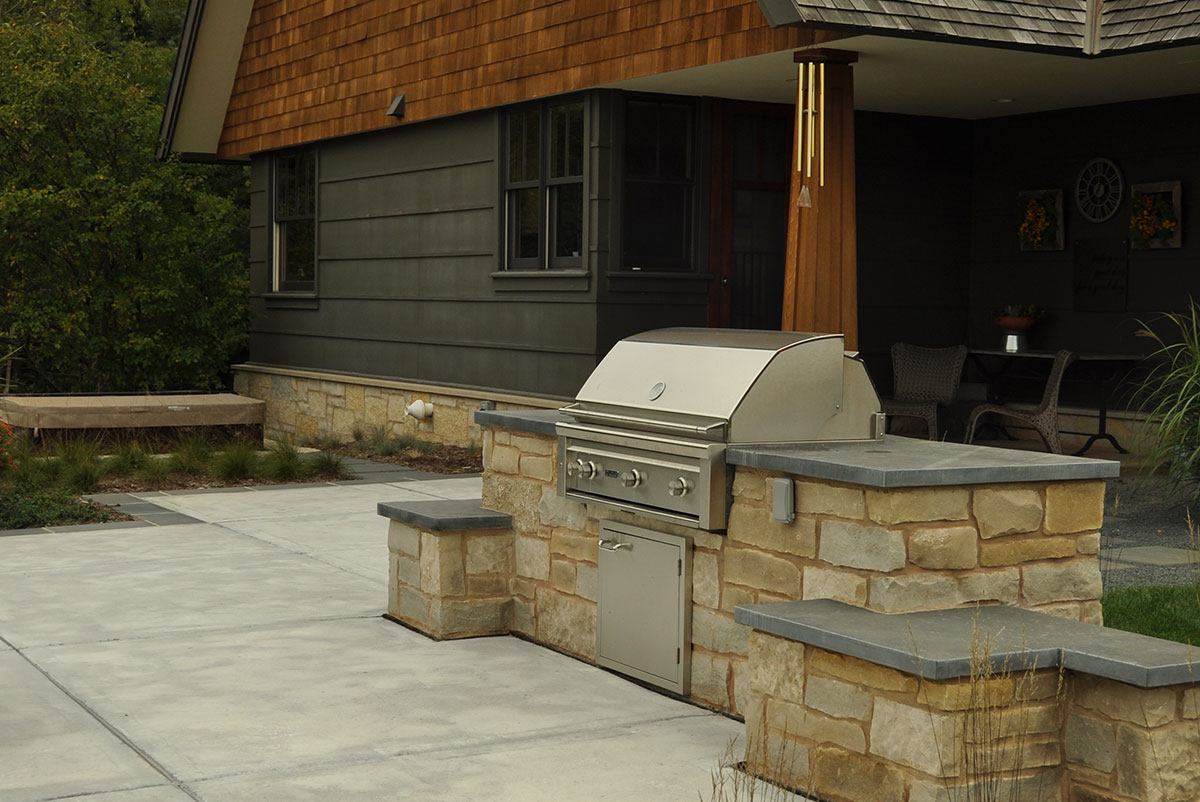 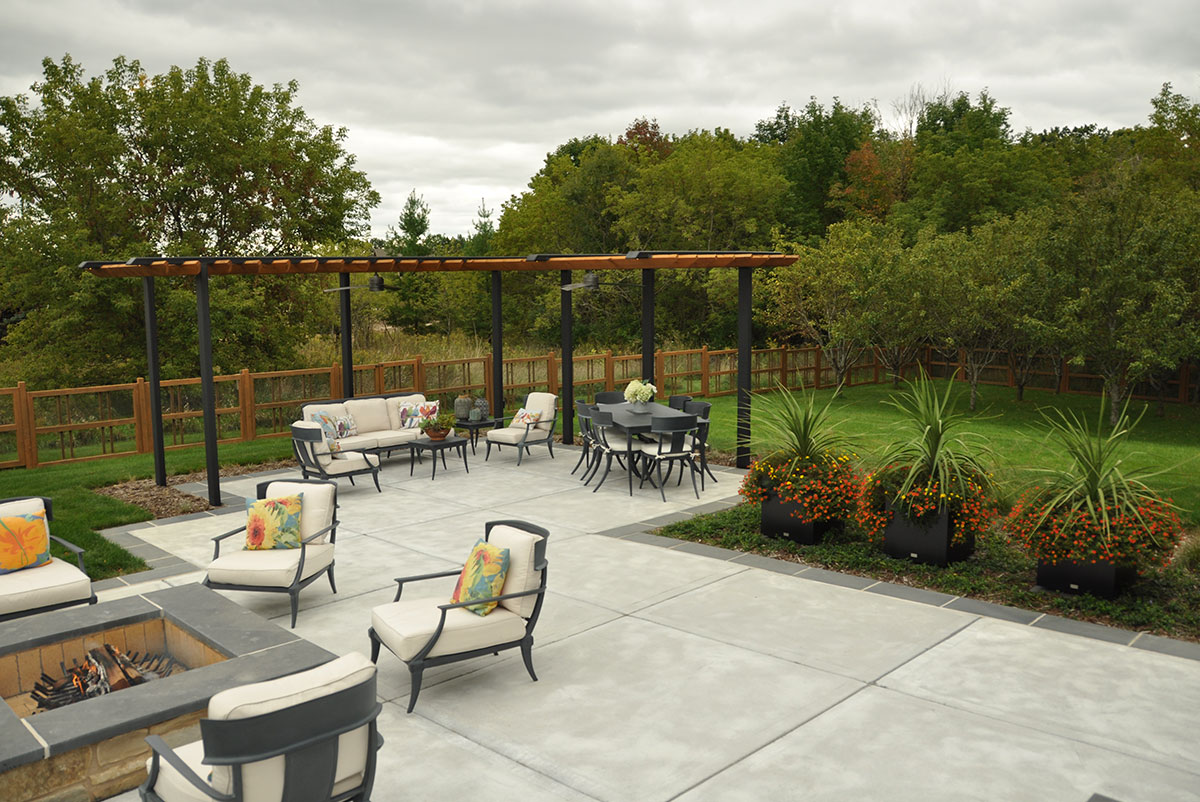 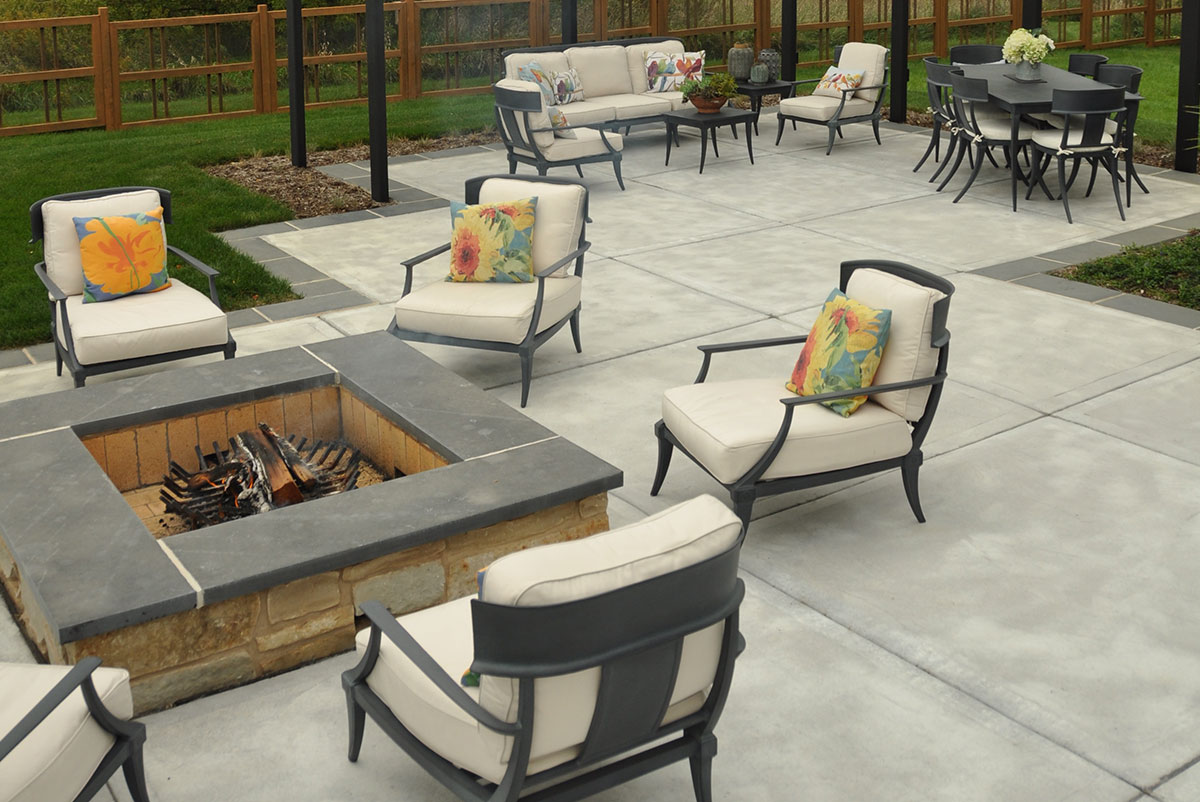 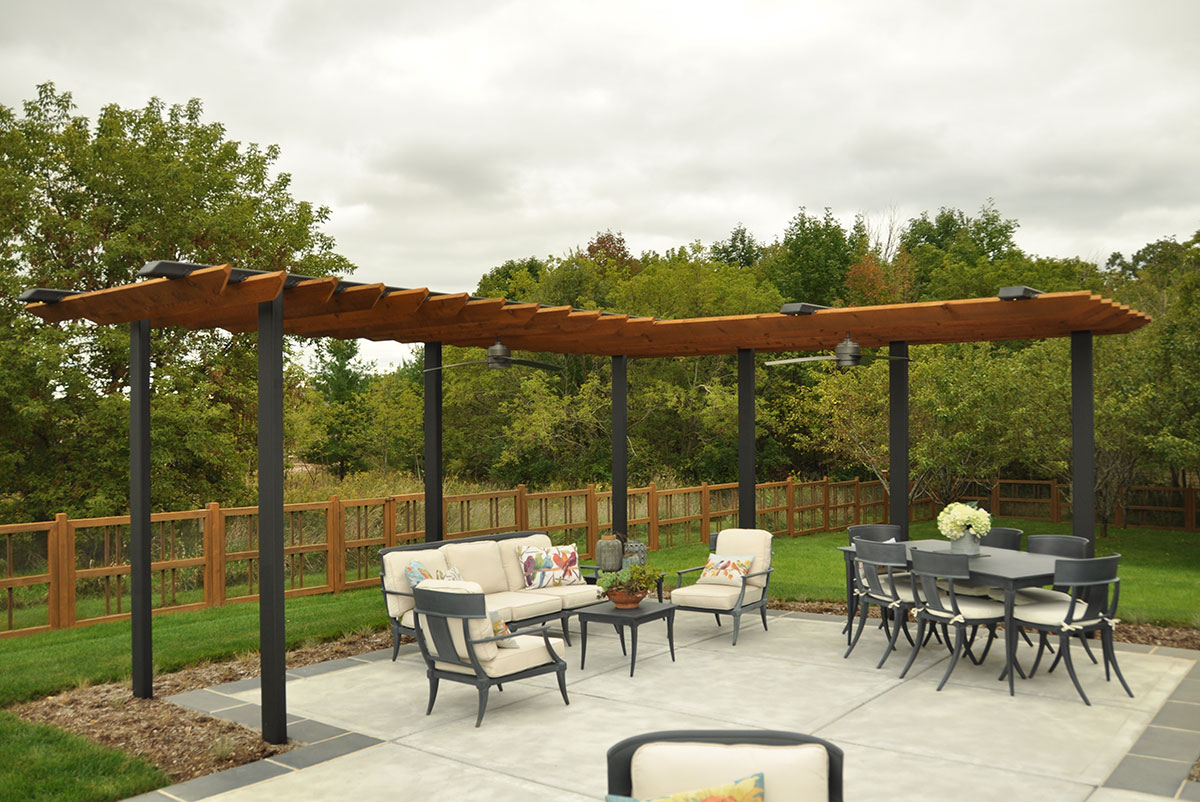 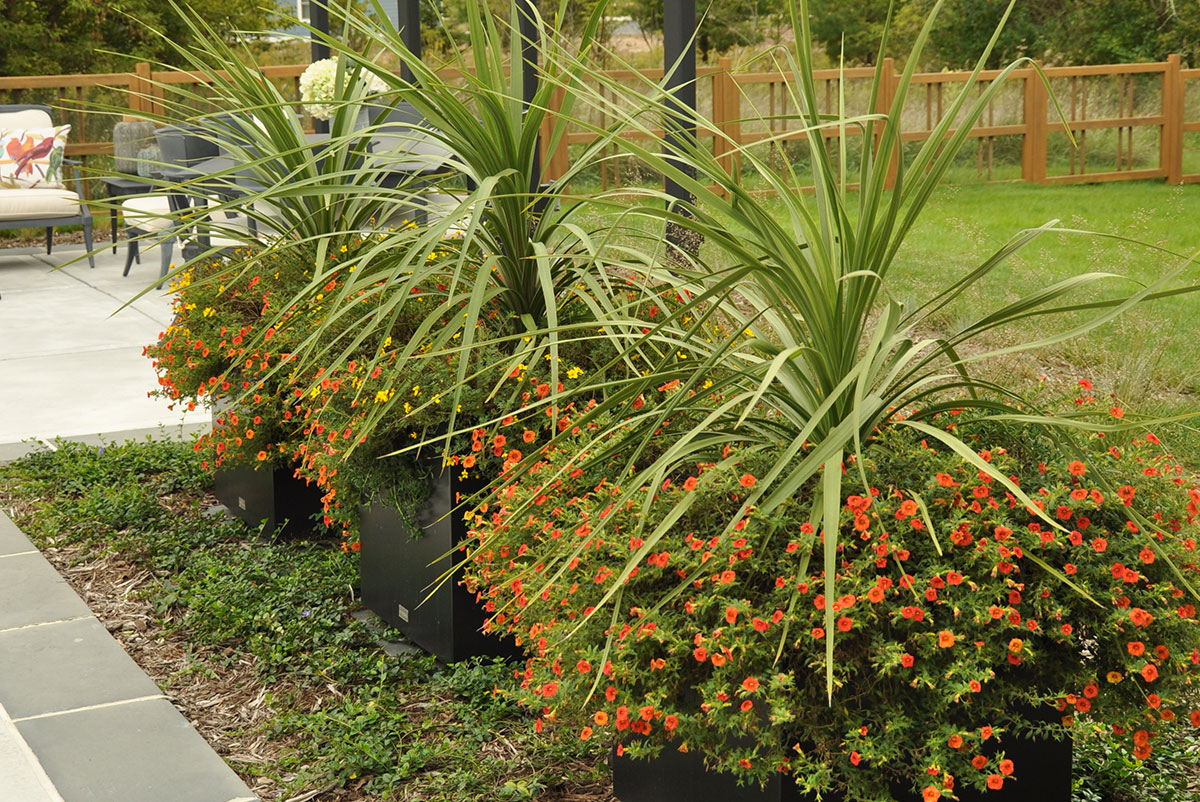 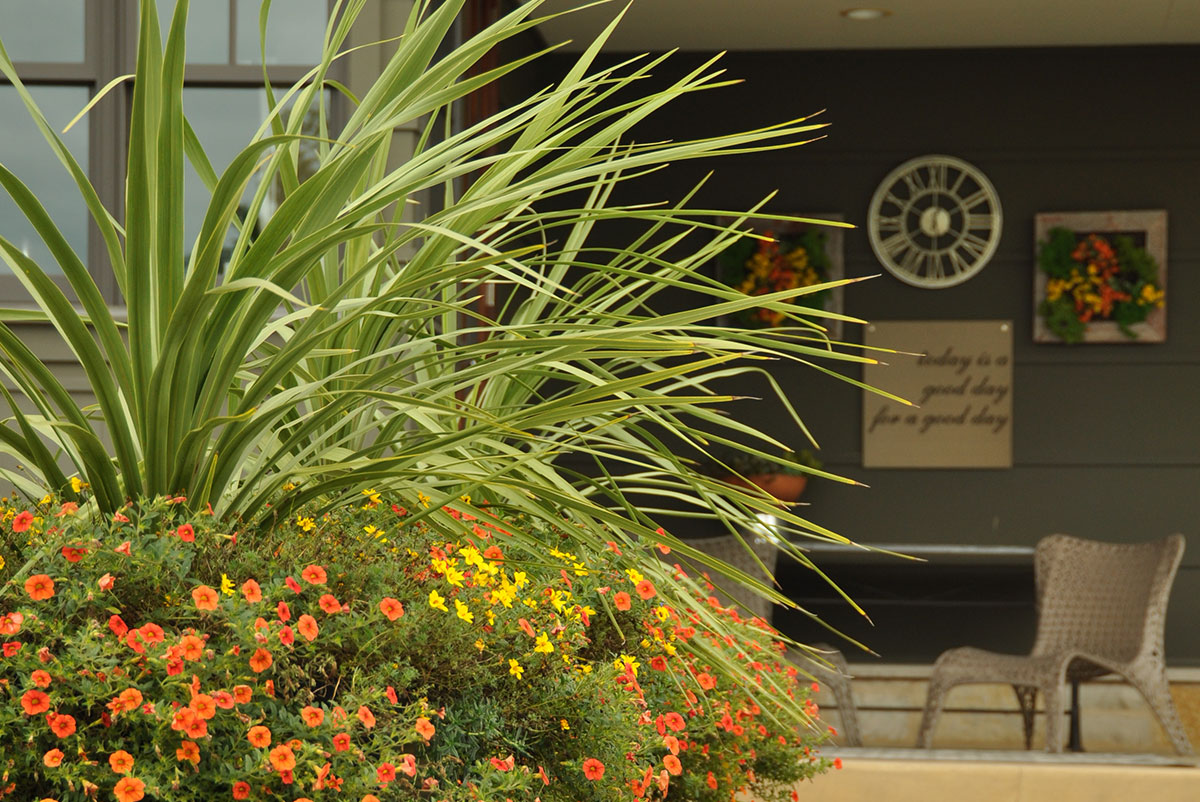